Register Login
Integral Eye Movement Blog
Back to the Blog 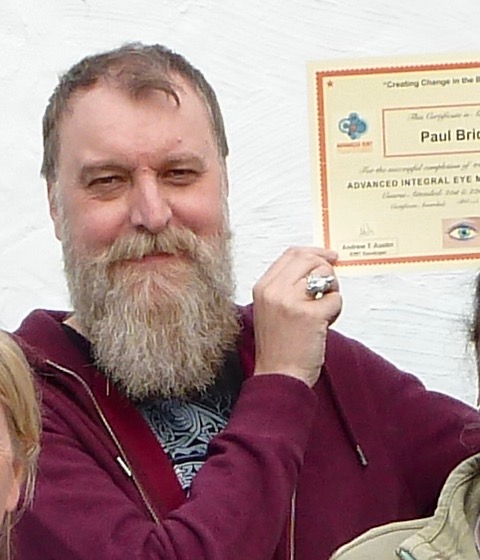 Integral Eye Movement is a wide and varied modality. Those of you who have trained and now have your Certification and Association membership will have no doubt been putting your skills to great use. One of the surprises for those training in IEMT is that the actual Eye Movement part of the modality is only part of the skill set. Far more important are the underlying and possible long terms Patterns of Chronicity that can be so ingrained into people’s behaviour that for many are totally unrecognised. They are part of those unconscious processes and habits that people run, such as biting nails, choosing a certain side of the bed, always reaching for a cigarette when having a cup of tea and so on. Most people would never know that in order to deal with whatever the issue is that they present with to a Practitioner “The Effect” if you will, getting to “The Cause” and dealing with this and the associated patterns is often key to long term improvements and changes.

I had the pleasure in 2019 to train Paul Bridge, initially as a Practitioner and subsequently as an Advanced Practitioner. He was already a very well established and experience Counsellor and Psychotherapist and had been trained in EMDR. Paul was curious to know whether this “IEMT” modality that he had been hearing about could really be all it was purported to be i.e. the claims of a more rapid and long lasting change process using eye movements. After all EMDR had been around officially since 1989 (1) and  is recognised by The National Institute for Health and Care Excellence (NICE) guidelines (2) in the UK. This is the body that ratifies various evidence based therapies and treatments in the UK. Like all such bodies it is often slow to include newer, more effective therapeutic modalities due to its insistence on quantitative double blind placebo controlled type of trials as the only evidence it will consider. It rarely looks at qualitative analysis or user experience with anecdotal evidence as a way of recommending modalities.

Paul was extremely impressed by the modality, its versatility and scope of issues that can be changed. Some of the concepts such as Patterns of Chronicity and the PTSD model were things he had never encountered in nearly 20 years as a therapist. Likewise the 3 Pillars of Depression. All of these models are now part of his everyday therapeutic practice.

Paul is an extremely busy therapist with a thriving practice in the Rossendale area of Lancashire, UK. He works with a wide range of issues and has a vast amount of experience with helping those with PTSD such as police officers, soldiers and others.  Paul often has clients referred to him that other therapists and modalities, including EMDR, have been unable to help. He has often assisted those who have been in therapy with a Psychologist, CBT or EMDR Practitioner for many months, even years and in one or two sessions has helped them to release issues such as trauma, completely. We recently had a chat about how he uses and incorporates IEMT within his practice and also in every day life as seen in this video.

2.  The National Institute for Health and Care Excellence (NICE)

Back to the Blog